The Occupy movement has hit Davos ahead of the World Economic Forum, and this time protesters aren't pitching mere tents in the frigid weather. Instead, they're building an igloo village near where the WEF is set to convene, the New York Times reports. The igloos are half as big as a small car and hold two people each; about 50 Occupiers are expected to show.

"Every year, self-proclaimed 'global leaders' allegedly committed to improving the state of the world meet up for the World Economic Forum in the Swiss mountains to propagate their own businesses and network amongst the so-called global economic elite," the group says on its website. "This year, we will not let them exclude us, the 99%! We say: occupy WEF!"
Posted by Austerity Britain at 00:43 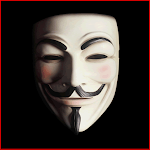 narking off the state since 2005